(Diskery - Artist Biography Accessible and Printable Version)
[Return to Standard View]
Thy Majestie (1998-present): a Power Metal band from Palermo, Sicily, Italy.
Claudio Diprima (drums) and Giuseppe Bondi (keyboards) would be joined by Maurizio Malta (guitar), Giovanni Santini (guitar), Dario D'Alessandro (bass) and Dario Grillo (vocals) to form the nucleus of the band Thy Majestie. In 1999 they recorded their first demo, Perpetual Glory, but the joy of its success was short, for soon after Cristofalo would leave citing personal issues, to be replaced by Dario D'Alessandro.

Just before the recording of their debut album, The Lasting Power (2000), they would change their name from Thy Majesty to Thy Majestie to avoid conflicts with a German band already publishing under the former name. The CD was then released and received fair reviews for being a "true Metal record", a true concept album, and even getting the distinction of being one of the few with a genuine medieval fantasy theme. It was a concept album, loosely assembled, about good and evil. It told a fictional adventure during medieval times; it's the story of "Thy Majestie's" adventure about "Arter",a warrior, who must return peace to his kingdom. It cleverly featured the appropriate sound background and cover art suitable to telling such a story; even coming complete with a narrator. It managed to work with a fantasy theme and not sound like an episode of Dungeons And Dragons, proving to be a promising start for this outfit. They followed it up two years later with the obvious medieval references in Hastings 1066 and Echoes Of War EP (2003) continuing in the classic epic "power metal" format now with Michele Cristofalo on bass. Simone Campione (guitars/vocals (backing)) joined in 2007, with Giuseppe Carrubba (keyboards) joining in 2009 and Alessio TAORmina (vocals) in 2010. Jeanne d'Arc (2005), Dawn (2008) and ShiHuangDi (2012) would follow. 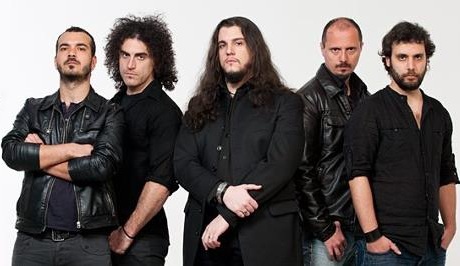