Initially being a cover band, the act got a lot of positive feedback for their interpretations of technically challenging material like songs of Dream Theater and Symphony X. Within short order, the band started writing their own songs: With other influences varying from pop/rock through classical progressive rock to Heavy and death metal, their music morphed into a mixture of melodic and groovy sound with heavy riffs and odd time signatures . In the musical press their sound has been compared to Queensryche, TNT, Shadow Gallery, Pretty Maids, Helloween and their like.

Their two debut demos to received fair reviews in Norway, as well as in Europe and USA, before signing with Danish Intromental Management in April, 2004, the deal also resulted in a record deal with American record label 'Sensory Records' for the USA and Canada, which in turn forwarded a licensing deal for Europe and Russia to 'Frontiers Records'.

Their debut album, The 1st Chapter, arrived in May 2005. Half a year later, in November 2005, keyboard player Espen Storø decided to leave the band for personal reasons to be replaced in early 2006 by Lasse Finbråten (ex-Tritonus) joined the band, filling the vacant spot.

In 2007 Circus Maximus would release their second studio-album, Isolate. The album was a unique effort for the act for before the publication they established their own blog forum where they kept anxious fans up-to-date on their in-studio activities. The album was released in September of that year, but on July 6th, a full two months before, contents of the album were leaked onto the Internet. 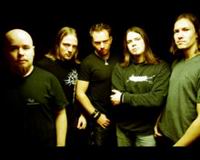