(Diskery - Artist Biography: Simple/Printable Version)
Racer X (1984-1989, 1997-2009): a Heavy Metal band from Los Angeles, California, USA.
Racer X was started by Jeff Martin  (ex-Surgical Steel; vocals), Paul Gilbert (guitar), John Alderete (bass) and Harry Gshoesser (ex-Nobros; drums) and smashed their way onto the rock scene with Street Lethal (1986) on the 'Roadrunner' label. Shortly later Scott Travis took over drums, while Bruce Bouillet (a student of Gilbert's who had been teaching at GIT) expanded the line-up with another guitar, the newcomers playing on the 1987 follow-up Second Heat, an album that once again saw Paul Gilbert steering the ship with confidence with high-speed guitar work, especially on their cover of David Bowie's Moonage Daydream. The album also featured Heart of a Lion, a Judas Priest track that had been dropped from the final recording of their Turbo album, donated by Rob Halford as a birthday gift to Martin; the two had been friends since band's early days. Halford would later recycle the track for a recording with his band, Halford.

Despite all that speed, the album failed to go very far and so one last attempt was made in the form of the live release Extreme Volume... Live. This last effort (with Chris Arvin replacing Gilbert) proved to be disappointing and the act began to evolve into a new direction when Gilbert linked up with Billy Sheenan in Mr. Big, while Travis found fame in Judas Priest and later Halford's personal project Fight.

It appeared as Racer X was simply going to become another farm band for the big boys but the evolution into Scream was a fete de complete when the remaining members of Bouillet, Corabi, Alderette recruited Walt Woodward III (drums) to release Let It Scream (1991). Corabi left soon after, however, by Motley Crue to replace Vince Neil. They replaced him with Billy Scott and changed their name to Stash, but their funkier outlook proved not to be popular at all and they folded soon after.

Back on May 25, 2001, the band played their first live performance in thirteen years at the Whisky a Go Go in Los Angeles. The show was recorded for both audio and video, and in 2002, both the CD and DVD were released under the name Snowball of Doom, a reference to the band still "rolling along" after fifteen years. The band was still unable to secure a major American record label contract.

In January 2002, in support of Superheroes and Snowball of Doom, the band toured Japan and Taiwan. The band performed these shows in their 'Superheroes' costumes. For the final show, in Yokohama, the performance was hastily recorded in two tracks on the local sound board, and this was later released as Snowball of Doom 2 (2002).

After the release of Getting Heavier, the band's progress came to a halt. Scott Travis (with Judas Priest), toured with Ozzfest in 2004 and recorded Angel of Retribution. Jeff Martin began recording and touring with George Lynch, Kevin DuBrow and Michael Schenker to record a three-song demo with the reformed Leatherwolf, and began a solo career with the release of The Fool in 2006. John Alderete joined The Mars Volta in 2003, which toured regularly and recorded several albums. Paul Gilbert went on to release several solo albums, as well as was a member of several compilation album and tours with Dream Theater's previous drummer Mike Portnoy. 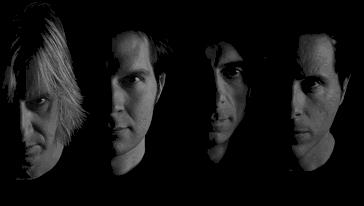